Microsoft is one of the most popular and successful technology companies. Its founder, Bill Gates, has always made it to the news as one of the wealthiest persons in the world. Recently his divorce from Melinda became a headline. Bill Gates has appeared in the news once again. Don’t you want to know the reason? Bill Gates has left his own company, Microsoft, and alleged that he had been in an affair with an employee. There has been an affair investigation on Bill Gates is also going on. This article would look into all the details of this news and what implications can this have. But before that, let’s take a quick look at Bill Gates and his relationship with other Microsoft employees.

Who is Bill Gates?

Bill Gates, also called William Henry Gates3, is the co-founder of Microsoft inc.  Bill Gates was born in 1955 in Washington. He had an interest in software programming and coding from childhood. In 1975 after dropping out from Harvard University, Bill Gates collaborated with Paul Allen to establish a personal computer software industry named Microsoft. Today it is the world’s largest personal computer software company. He also diverted a part of his income for philanthropic work and laid the foundation of the Bill and Melinda Foundation.

He is presently 65 years old, is the fourth wealthiest person in the world.

Bill Gates had been the CEO of Microsoft till the year 2000. Even after stepping down from the post of Microsoft CEO, Bill Gates remained Microsoft’s board member. He left the chairmanship of the Microsoft board in

But continued to be a member of the board. But last year, in March 2020, he left his position as a Microsoft board member. The decision was taken to give more time to his foundation and philanthropy work.

Bill and Melinda separation after 27 years:

Several days before, Bill and Melinda had announced their divorce decision. But they said that they would continue working together for the success of the Bill and Melinda Foundation. Before their divorce, the two had also agreed upon the division of property and assets. The duo possessed multi-million dollar property in Washington, Wyoming and Florida. You will be amazed to know that the worth of their primary residence at Medina, Washington is approx. 127 million dollars.

The two had met when Melinda joined Microsoft in 1980. The couple has three children. But giving the rationale of space and privacy, the two moved apart after 27 years.

The present allegations on Bill Gates:

Microsoft has clarified recently that it is an affair investigation on Bill Gates ‘ 20-year-old affair, about which the company received a complaint in 2019. They had also appointed a law firm in 2019 to investigate Bill Gates‘ relationship.

The probe began after an employee filed a complaint in 2019 claiming that Mr Bill Gates had tried to start an intimate relationship with her in 2000. Microsoft is determined to provide maximum support to that lady who raised this concern.

The complaint has come to the limelight after the divorce of Bill Gates and Melinda after 27 years of marriage.

Even it us claimed that Bill Gates had accepted a long-running affair with Cortana.

What Bill Gates’ has to say in this regard?

Bill Gates’ did not come directly with any claim for refuting the allegations made by Microsoft. But his spokesperson Bridgitt Arnold revealed a relationship 20 years before, but it had ended amicably. She also clarified that this affair matter and Bill gates stepping down from the Microsoft board is nowhere related.

She also showed her displeasure for so many false claims and allegations against Bill Gates’.

Other allegations on Bill Gates during his tenure:

People’s reaction to this news:

Some people seem ok with this news because they believe that if someone wants to leave with another person, there is nothing terrible about it. After all, he has taken a divorce from his legal wife.

Some took this as very funny and said that it’s even good grief to be in a relationship with Bill Gates.

Some are even wondering that how can a busy guy like Bill gates have time for an affair? 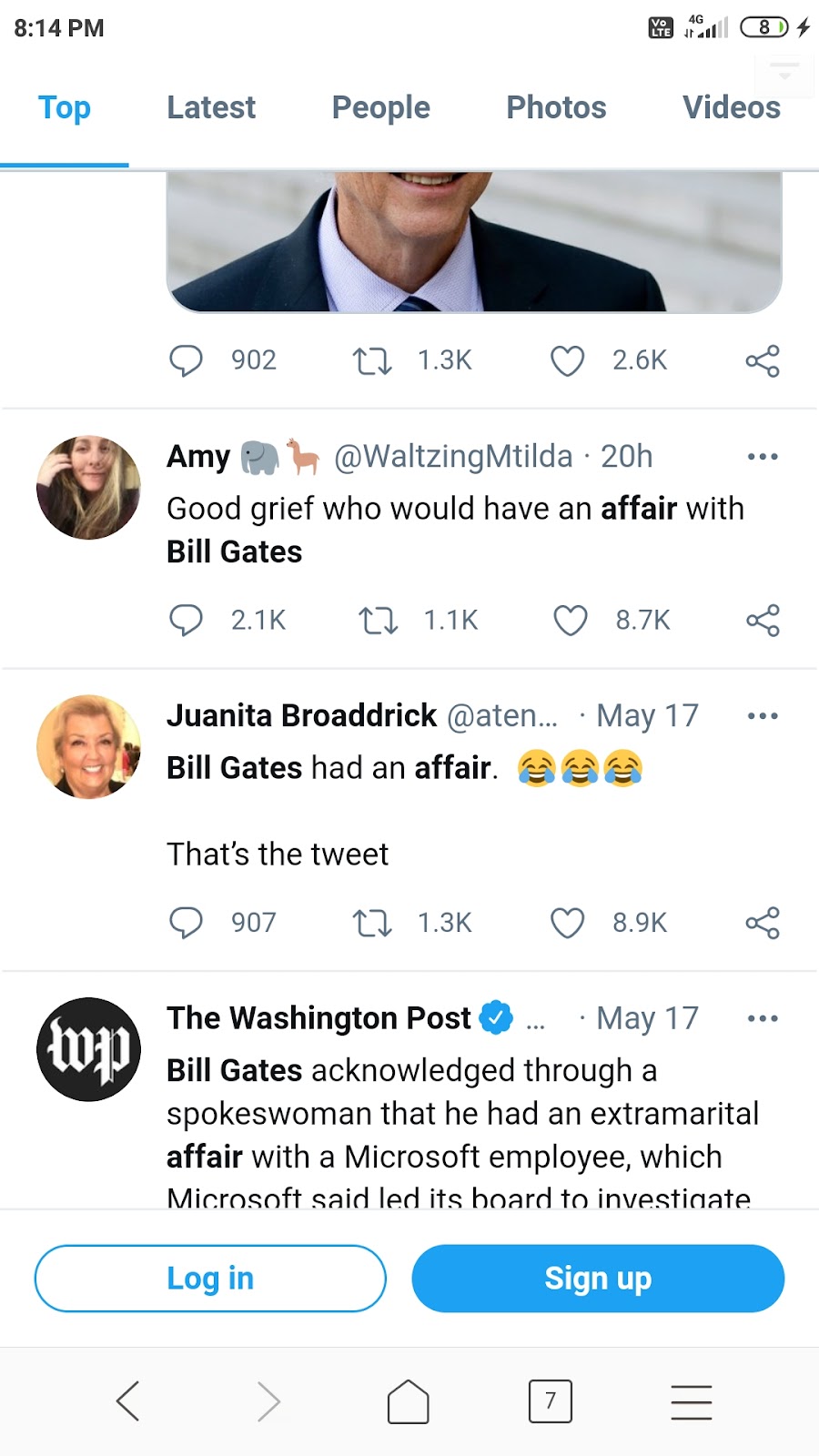 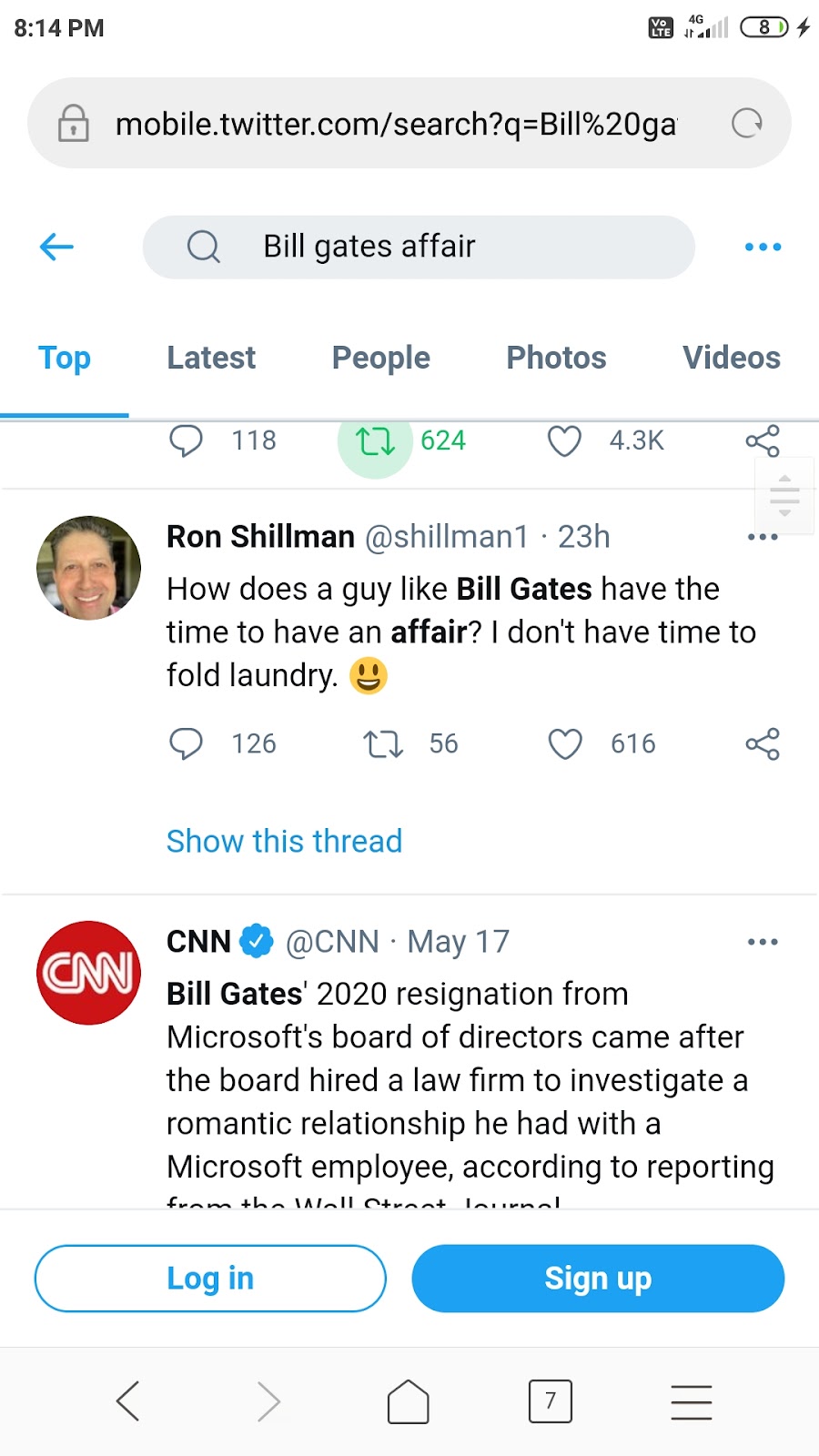 What can be the implication if the decision comes against Bill Gates?

The first concern is economic. Bill gates, which is presently one of the wealthiest persons in the world, holds a prominent position in the world economy. So if the charges of the sexual affair came to be accurate, there are chances that people will lose trust in Microsoft, and the shares of the company would reduce. Also, the prominent philanthropist organisation run by Bill gates by the name of bill and Melinda foundation can bear profound implications.

Lack of women security even in big tech companies like Microsoft:

If the allegation charges, affair investigation on Bill Gates, are true, there are indeed women security concerns even in the top tech companies. There can be a strong protest from women activists regarding this objectionable behaviour from one of the top influential billionaires of the world.

This article looked at all the particulars of the affair investigation on Bill Gates. Although the enquiry is going on, there are severe reputation and other concerns. The matter can trigger a series of undesirable events. But at the same time, truth must prevail. People have different opinions about the news. Let’s see what decision Microsoft takes against its own founder, Bill gates taking into account all the evidence and complaints.

Black fungus or Mucormycosis after COVID infection: All you need to know

Lockdown extension in Odisha till 31st May: know all details here

Omicron cases are increasing and there are cases of Covid-19 variant in Delhi, Rajasthan, Karnataka, Maharashtra and Gujarat.

There are fresh Omicron patients risen to 38 as 1 each in Chandigarh, Karnataka, Maharashtra, Andhra Pradesh and Kerala.

There was the first case in Nagpur, Maharashtra. A 40-year-old man came back from South Africa via Delhi. He was tested positive at the airport on December 6.There was the 18th case of omicron on December 11 and 12.In Kerala’s Ernakulam, a patient returned from the UK via Abu Dhabi and tested positive for Omicron. Till then, he was home quarantined and his family members and other passengers were home quarantined. A 20-year-old who came from Italy tested positive. A man who returned from Ireland to Andhra Pradesh was tested positive for Omicron. Maharashtra has the maximum number of cases.The ICMR unit in Assam has developed a new testing kit to detect Omicron in two hours.The WHO warned the nations of the Asia Pacific region to boost healthcare capacity and full vaccinate their people.

The Omicron strain is considered to be highly transmissible and it has spread to almost 59 nations.

Harnaaz Sandhu, a 21 year old from India, represented India at the 70th Miss Universe 2021 which was held at Eilat, Israel.

In 2000, Lara Dutta won the title of Miss Universe.

She was presented the crown by Andrea Meza,  the former Miss Universe of 2020 from Mexico which was live-streamed all across the world.

About the Miss Universe event

In the top three rounds, the contestants were asked what advice would you give to young women watching on how to deal with the pressures they face today?

Harnaaz Sandhu answered this question amazingly. She said the biggest pressure the youth of today is facing,  is to believe in themselves.  To know that you are unique makes you beautiful.  Stop comparing yourselves with others and let’s talk about more important things that are happening worldwide.  Come out and speak for yourself,  because you’re the leader of your life.  You are the voice of your own. I believed in myself and that is why I am standing here today.

Her powerful answer made the beauty top 3 of calling for less talk and more action.

Farmer union to meet the government to decide on further movement

Farmer union to meet the government and decide further movement

It was on Tuesday (7th December 2021) when the central government sent the draft to the farmer union which is a five-member committee. Sources have indicated that once the final draft of the proposal agreed by both the parties is received by the union, the farmers’ protest which started on 26 November 2020 will end.

The issues listed in the draft were Surety on Minimum Support Price, withdrawal of the draft Electricity Amendments Bill, 2020/2021, withdrawal of criminal cases against the farmers, and also compensation for the families of farmers who died during the protest.

The SKM said that they will be meeting the government at Singhu Border on Thursday at noon to come up with a formal decision and later end the protest.